Eating in at the Golden Dragon - Madison, MS

Even though I wrote about takeout from The Golden Dragon a few months ago, I feel that I really can’t give a restaurant its due until you sit down for a meal. Last Wednesday, that’s exactly what my parents, the Baggetts, Sam and I did.

The Golden Dragon is situated in a inconspicuous little shopping center on highway 51, and when we walked inside it was like a ghost town. Thankfully Mrs. Lee quickly popped her head out from the kitchen, and showed us to a table.

It all starts simply enough, we were given a couple of bowls full of fried wontons with matching bowl of sweet and sour dipping sauce. 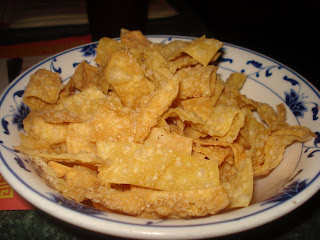 Like the bread at an American or Italian restaurant, these wonton strips are deadly. You’re mindless munching away and before you know it, you haven’t got room for anything else.

A little known fact about the Golden Dragon is that they do carry a few dim sum items on their menu, and I took full advantage of that. 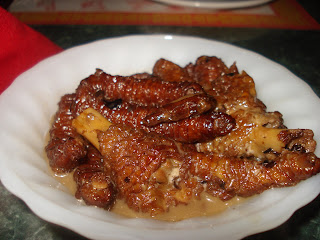 Fung jao, or chicken feet are one of those items, and I ordered these to antagonize Sam. Luckily, Mr. Lee makes a mean chicken foot as Mr. Eric, Sam and I soon dismantled each one of the feet. Chicken feet are one of those things that people get a little squeamish about. Sure, that used to be on the bottom of a chicken, but once it’s been fried, and then steamed in a thick and unctuous sauce, you’re knocking on the door of a culinary goldmine. 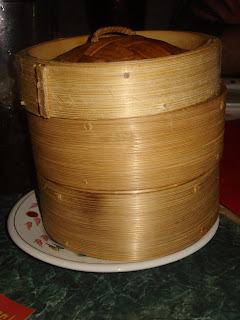 The stack of steamer trays is a part of Chinese cuisine that I hold near and dear to my heart, much like what was inside this stack. 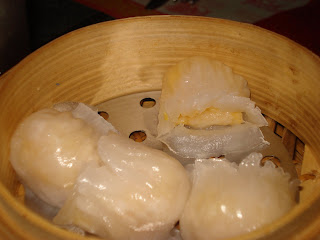 Mr. Lee’s har gao aren’t too shabby. Much like Oriental Pearl in Atlanta, these har gao are good because of lack of decent competition. I was extremely disappointed in the lack of a good chili sauce. I’m always a fan of sriracha, but I like chili oil with my har gao. 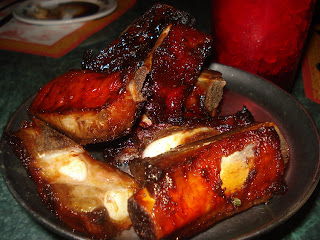 I grew up eating these honey glazed spare ribs, and they are addictive. They may look like charsiu, but they’re missing the tell tale hint of 5 spice powder. Instead, these ribs have the delightful red glaze and are swimming in a pool of warm honey. No matter what, these are always a crowd pleaser, and they were gone within minutes. 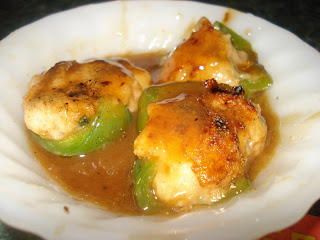 I don’t think I’ve ever had Mr. Lee’s bell pepper shrimp before, but I might have a new favorite dish. You can see the slightest char on the top of the shrimp, and it builds a mountain of flavor. The real winner to this dish was the black bean sauce. I’m not sure how he did it, maybe there’s a pound of msg in here, but after we devoured the shrimp, we all started fighting over the sauce.

Enough with the appetizers, it was time for the barrage of entrees. 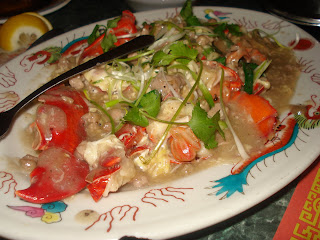 My mother’s favorite, the lobster Cantonese. I can’t imagine that many people order this, but Mr. Lee always seems to have a fresh lobster when we order it. Regardless, the lobster is cracked, stir fried, and served in a starch thicken sauce and topped with cilantro. The simplicity of this dish is the key as the flavors of the lobster are allowed to shine through. My only real qualm with this dish is that there is no elegant way to eat it. Granted, there’s a little bit of fun in just attacking the lobster, manners be damned. 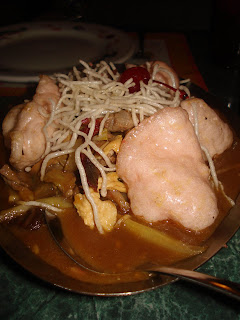 Sam ordered this, and I’m not really sure what it was. I believe it was called the three happiness plate. Chicken, beef, and pork are stir fried and served in a starchy sauce, and actually come out pretty well. There’s nothing to really rave about this dish, it’s just a little slice of Chinese American cuisine. Add a lot of meat, make a sauce, and serve. 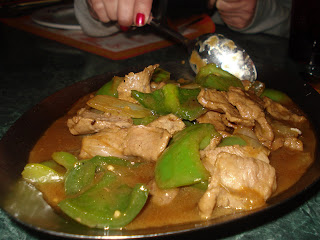 The pepper steak was our third entrée. Again, nothing too spectacular, just American Chinese comfort food. 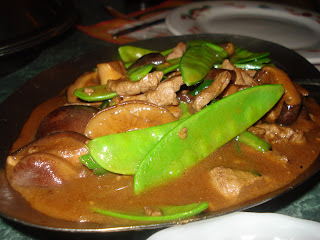 One of my favorites, the beef and black mushrooms is a simplistic dish. Simply sliced beef, rehydrated black mushrooms, green onions, and snow peas in a starch thickened oyster sauce. I’ve actually mastered this dish at home, but there’s a certain intangible something about Mr. Lee’s version that keeps me coming back. 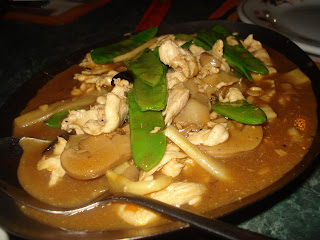 The garlic chicken is another family favorite. My only qualm with the dish is that there aren’t enough chili peppers in the dish. 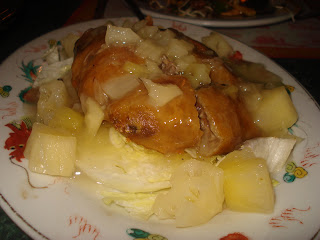 Our last two entrees both featured duck. This is pineapple duck is a new dish for me. I really wasn’t a fan of the combination of crispy duck and pineapple, but it did have its charms. 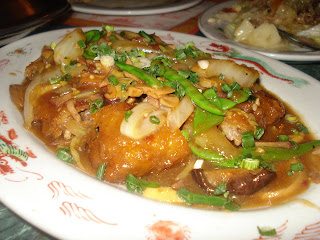 The penultimate dish for the evening was the sai wop duck. Much like the pineapple duck, this dish starts with a portion of fried duck and builds from there. However, the sai wop is a much more savory sauce and gets my vote as the better of the two duck dishes.


What was a very enjoyable evening for the six of us was marred by the lack of timely service. Had we not been such long time patrons of the Lees, we would have walked out, but we knew that the food was worth the wait. Unfortunately for the Lees, many people did not share our sentiment. I’m not exaggerating when I say that more than 20 people walked out of the restaurant for lack of service. We did our best to let the Lees know when someone was waiting to be seated but it was too much for them to handle.

It’s a shame that the Golden Dragon has come to this, but for me, you don’t let lackluster service spoil a 20+ year rapport. I’ll continue to be a patron of the Lees and the Golden Dragon for as long as they have an open door.

To see a review of take out from the Golden Dragon, please click here

how wonderful are all this delicious plates, I am so glad to see them all, I really like eating them, they look so tasty to enjoy with my wife. Buy Viagra Viagra

Alas ! Tonight I savored the thought of having a wonderful Tenderloin, not usually found in a Chinese restaurant, but better than some steak houses. Had not been there for a few weeks and found that the Golden Dragon, which I have been a patron when they were on State St north of Meadowbrook, and in Maywood Mart, and several years in Madison, and they were CLOSED ! Maybe out of business? Must find out if they have moved,