An Easy Lunch: Sausage and Peppers 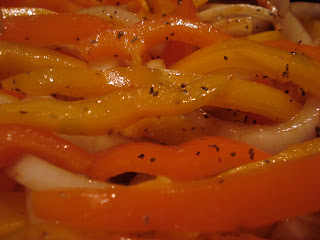 While waiting at the meat counter at Fresh Market, I realized that I would need to make something for lunch. Spying the tray of sweet and hot Italian sausages, I got the idea to do a simple sausage and peppers. 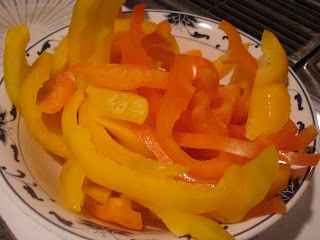 One yellow pepper and one orange, sliced into long strips was my first ingredient. 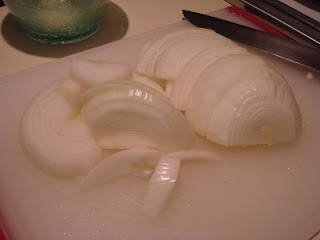 In addition to the peppers, I sliced up a yellow onion. 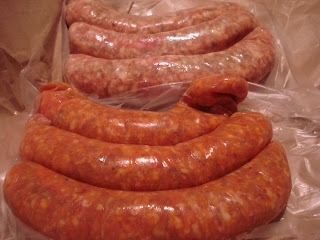 The star of the show, Fresh Market Italian sausages; the hot ones are the bottom three and the sweet are the lighter colored top three. 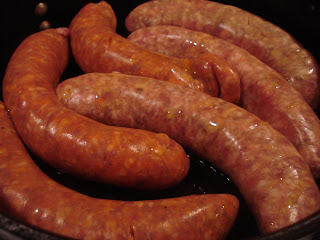 I didn’t waste any time, and arranged the sausages in a pan with a little olive oil. 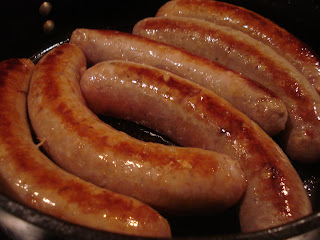 The idea was to cook them on a low heat. I kept it low to keep from burning them and to make sure they were mostly cooked through. 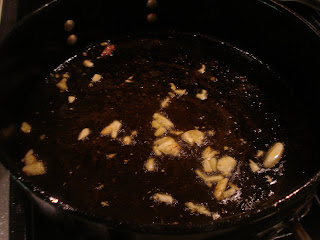 Once the sausages were done, I threw in a few cloves of chopped garlic 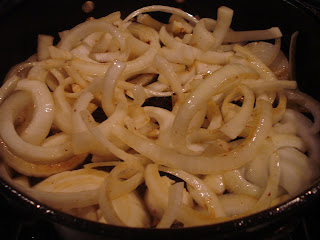 And then the onions quickly followed. 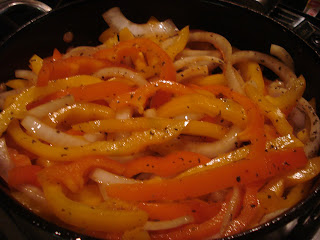 After adding the peppers, I threw in about a teaspoon of dried oregano and dried basil.

I thought the pan would need to be deglazed and instead of water, I thought a little wine would be better. 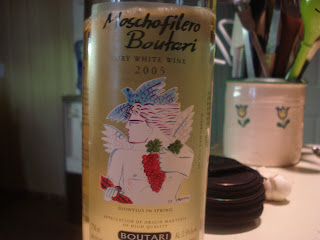 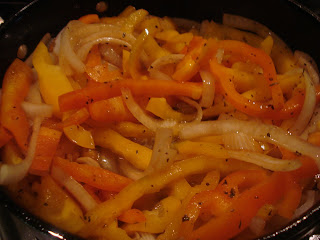 The wine, combined with the water from the peppers, meant the sausages were nearly swimming when I added them back in. 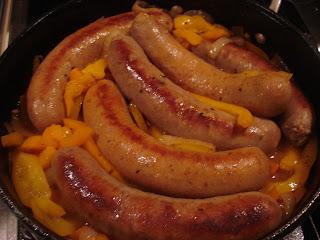 10-15 minutes later, everything was ready to go. 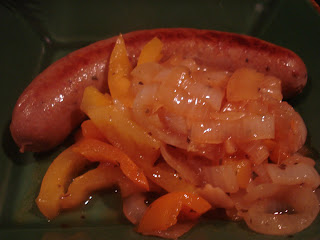 I know that I should have had everything on a hoagie, but these were pretty good as is. Nothing too extravagant, these sausages and peppers were simply an easy and tasty lunch.