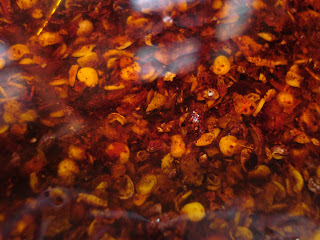 Having made the “Boiled Beef Slices in a Fiery Sauce”, I decided to take a crack at dan dan noodles. Dunlop actually includes two dan dan noodle recipes in her book, the first is the traditional and the second is Xie Laoban’s dan dan noodles. Dunlop explains that this is her interpretation of a dish served near her school, Sichuan University. I chose this one over the regular because she calls this dish “shamelessly spicy”, and I think that has my name written all over it.

I figured it would be easiest to make the sauce first. 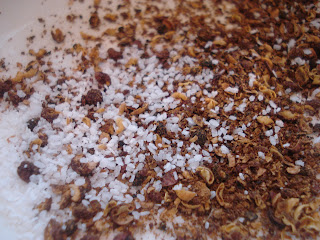 It starts with a teaspoon of ground, roasted Sichuan pepper and a ¼ teaspoon of salt. The next step was a tricky one as it called for 4 teaspoons of sesame paste. Unfortunately, I didn’t have any sesame paste 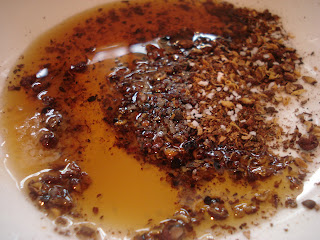 So I substituted 4 teaspoons of sesame oil. Now we get to the spicy part of the dish. 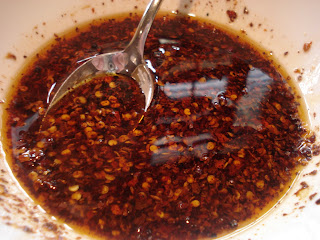 With the sauce made, I went about boiling the noodles. 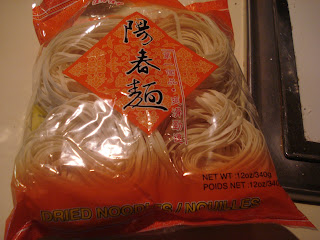 A principle ingredient in dan dan noodles is Sichuanese ya cai or Tianjin preserved vegetables. As with the sesame paste, it was unfortunate that I didn’t have any of these on hand, and neither did my local Asian grocery. Trying to be resourceful, I substituted a cup or so of bean sprouts. 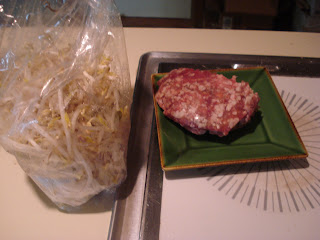 Lacking the veggies and the sesame paste, I did have the meat for the dish on hand. Even though the recipe calls for a ¼ of ground beef, I needed to use this ground pork, and I thought ½ lb would be the perfect amount.

First step in the cooking process calls for a tablespoon of peanut oil to be heated over a medium flame, and when it’s hot, I added ½ teaspoon of whole Sichuan peppercorns and 4 dried chilies that had been cut in half and the seeds discarded. 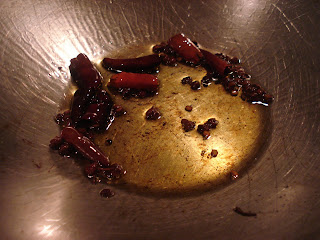 Once everything was nice and fragrant but not burned, I added in the bean sprouts. 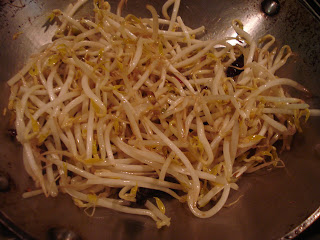 When they were warmed through, I added in the pork 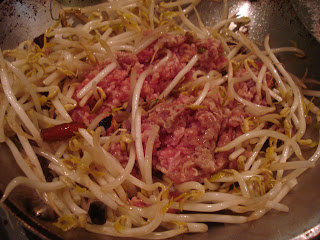 I then added in a couple of teaspoons of light soy sauce and salt to taste. 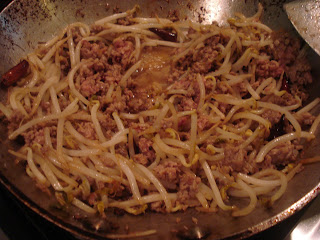 The biggest worry I had was that the bean sprouts would be mush before the pork was cooked through. While I was worrying, I added the drained noodles to the sauce that was already in the serving dish.

Luckily, everything worked out and I poured the meat & veggies over the noodles 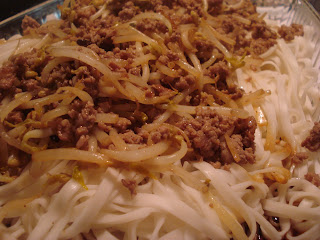 With everything in the pan, the last challenge was stirring everything together. 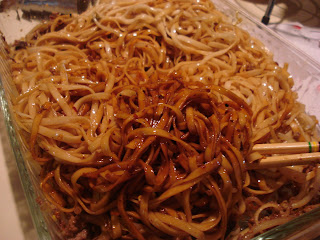 I don’t’ know what it was, but these noodles were hard to stir, but I eventually got everything incorporated. 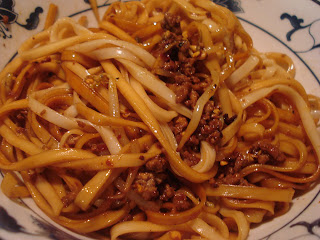 Once everything was said and done, I took a step back and enjoyed the fruits of my labor. I don’t what it was, but this dish was spicier than the boiled beef, and these noodles were delicious. I’m pretty sure I have a new lunch favorite, I just need to find sesame paste and Tianjin vegetables to get a taste of Dunlop’s true recipe.