Ralph's On The Park - New Orleans 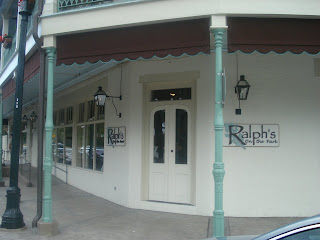 Sunday morning, with Jackson a little less than 200 miles away, there was only one thing left to do, brunch. For that, we decided to go to Ralph’s on the Park. After fighting to get around the New Orleans marathon, we arrived a solid 30 minutes late for our reservation, but the hostess was more than accommodating.

There are essential elements to any good brunch, one of those is a quality beverage. 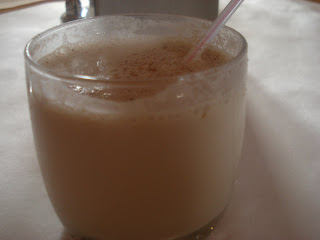 The bourbon milk punch is a symphony of kentucky bourbon, simple syrup, milk and nutmeg. It might not be the traditional bloody mary but milk punch is a New Orleans standard.

Just because this dish is so rare outside Nola, I knew I had to have it again. 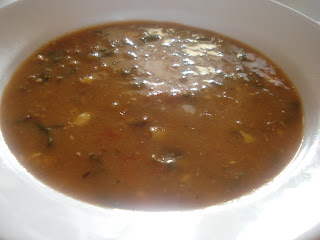 One of the things I’ve always heard about Ralph’s on the Park is that they have superb buttermilk biscuits. 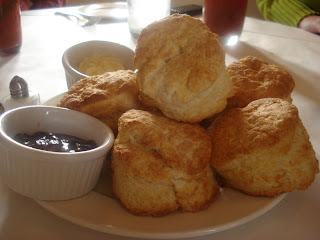 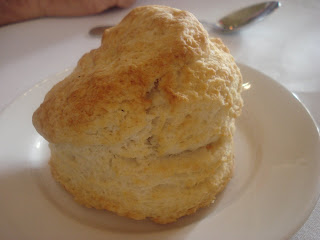 When you have these with the some of the house butter or jelly, you’re going to wonder why you’d ever eat another biscuit.

Even though I had enjoyed a stellar plate of veal less than 12 hours before, I decided to take advantage of another classic Creole dish, veal grillades and grits 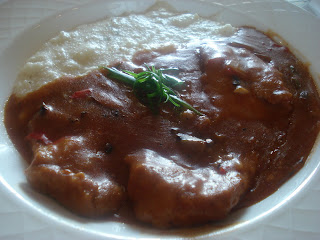 These aren’t ordinary grillades and grits. This is veal with peppers, onions, shiitake mushrooms, that was simmered in a veal reduction sauce and served with thyme goat cheese grits. The veal was fork tender, and dripping with flavor, although I never could find any of the shiitake mushrooms. Like the missing mushrooms, I was searching for any flavor of goat cheese in the grits. Sure, the grits were creamy and fantastic with the veal sauce, but I think the goat cheese is just an item on the menu.

My mother ordered the bbq shrimp and grits. 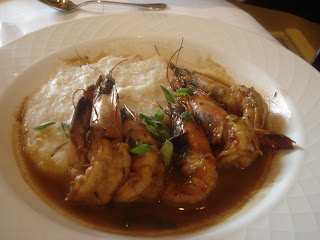 Served in a black pepper and worcestershire sauce, I was infatuated with these shrimp. After the dissertation about the virtues of head on shrimp from Frank Brigtsen, I was glad to see these shrimp were served head and tail on. 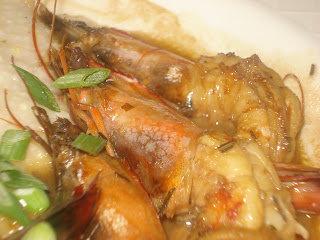 People often overlook the minimal amounts of fat that are in the heads of shrimp and crawfish, but that fat made these shrimp unbelievably moist and flavorful.

Even though getting to Ralph’s had been a real hassle, I was relieved that I was finally able to try the restaurant that my parents have raved about. If someone was going to New Orleans for the first time, I would tell them to go to Commander’s for their only brunch, but Ralph’s is a solid second choice and should be on everyone’s to try list