I’ll admit that in addition to food, I love a good haberdasher, and in New Orleans, I frequent Perlis. After finishing up some shopping, the saleswoman asked what I was planning for lunch. Galatoire’s had been my original idea, but she insisted that I should try Clancy’s. Being a good salesman and knowing the maitre d’, she phoned ahead to ensure I would receive good service.

After a quick drive to Annunciation, I made it Clancy’s and was greeted by an enthusiastic maitre’ d, and quickly shown to a table.

There are few better ways to start a meal than with a good beer. 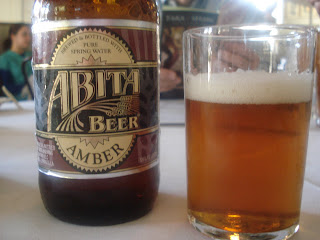 Abita, the ubiquitous Nola beer, is one of my favorites. The Amber is a pretty good Lager, nothing too fancy, just a constant in New Orleans.

Clancy’s has a short menu, but it changes on an almost daily basis. Once I saw the appetizers, I knew I had to try the veal sweetbreads. 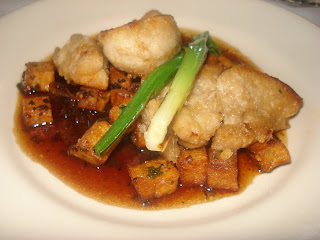 The sweetbreads were nice, but the star of the show was rosemary & thyme demi glace. I couldn’t believe how rich it was, and the small fried potatoes were an excellent addition. All accoutrements aside, the sweetbreads were tender, well cooked and a fine appetizer.

At the suggestion of the Perlis saleswoman, I tried the crab salad as a side to my entrée. 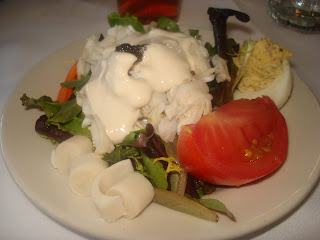 I really didn’t see what all the fuss was about. Sure there is a huge amount of crab, but there is a staggering amount of dressing that drowns everything in the salad. I could have done without this salad, and maybe the crab would have gone on to do better things, like being a crab cake.

As shocking as it might sound, it was a chilly day that Friday in New Orleans, and I wanted something to warm me up. 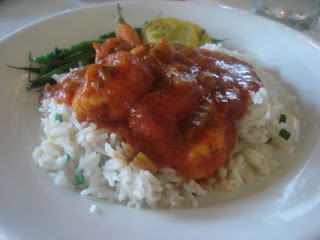 The shrimp creole fit that bill perfectly. This was a dish that warmed me to the core. The wonderful thing about this dish was that the aromatics were on full display in the sauce and they worked in harmony with the tomatoes in the sauce. What I couldn’t believe was how well the shrimp were cooked. They had a level of resilience that you don’t’ see in usual light stews.

I realize that most people will never make it to an uptown New Orleans spot like Clancy’s, they’ll be too busy with the wonders of the quarter. All the better, I say. I love that Clancy’s is a neighborhood place where a phone call can get you the best of service and a delightful lunch. If only they would make better use of that crab.