Last weekend when I was in New Orleans, I stumbled upon a new cookbook: The Abita Brewery cookbook. Being a longtime fan of the New Orleans area beer, I knew I had to have it. Once I got home with the book, I was pleasantly surprised that the recipes weren’t from the brewery but were from friends of the brewery and well known chefs in the New Orleans area. As good as all the recipes sound, I decided to start a hearty recipe, turbodog short ribs, courtesy of Agnes Bellet, the executive chef at Louis XVI in New Orleans.

Before I could start cooking the short ribs, I knew I had to have a quart of beef or veal stock. Luckily I had some shank bones from my trip to Houston. 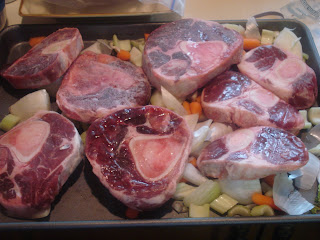 Being an impatient man, I decided to forgo the defrosting and get right on with the roasting. With the shank bones from El Tiempo market resting on a bed of carrots, celery, and onion, I put them in the oven for an hour to roast. 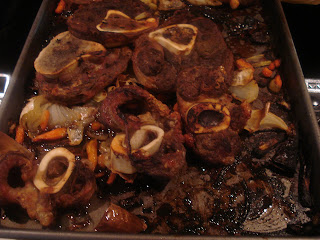 As impatient as I am, I am also forgetful, so things got a little toasty. Even with some charred onions, everything seemed good enough to throw into the pot. 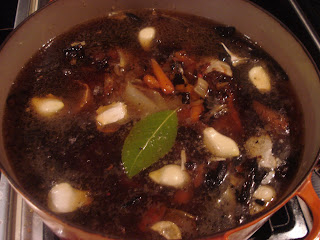 I filled with cold water and added garlic, a bay leaf, and small handful of peppercorns.

Four or so hours seemed to go by in a flash. 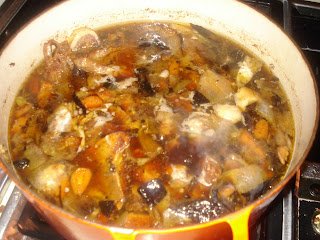 Everything had reduced nicely and a quick taste confirmed that there wasn’t any charred taste to the mixture.

I chilled the stock, strained through cheesecloth, and got ready to start with the short ribs. 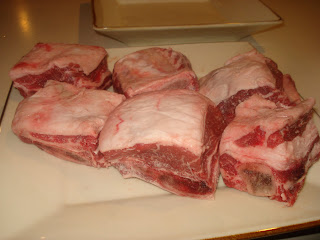 Another fine product of el Tiempo Market in Houston, these short ribs were a perfect base for the dish. 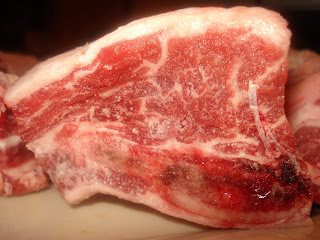 These ribs did have nice marbling and thick fat cap. 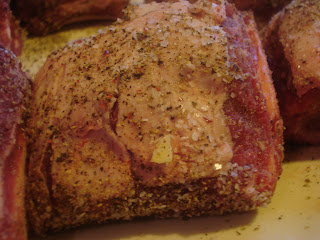 I liberally salted and peppered all sides of the ribs and heated my pot on the stove. 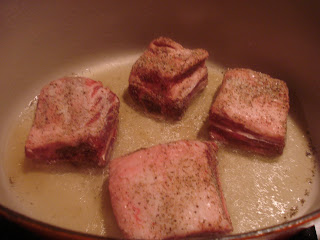 As soon as these ribs hit the pan, they started a beautiful sizzle. 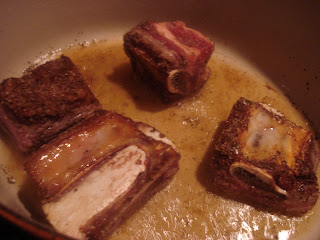 Not a bad crust

With all sides of the ribs seared, I took them out of the pot and added in the carrots and onions. 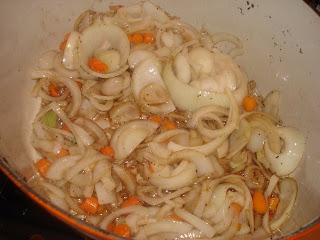 Soon it was time for the garlic and a minute later, a quarter cup of flour. 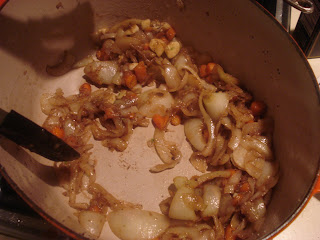 After another minute or so of cooking, it was time for the raison d’etre of this dish, a bottle of Abita Turbodog. 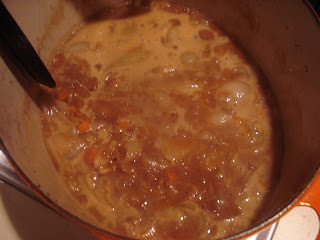 I poured in the bottle and deglazed the pan.

With everything nice and deglazed, I added in the quart of beef stock and returned the short ribs to the pot. 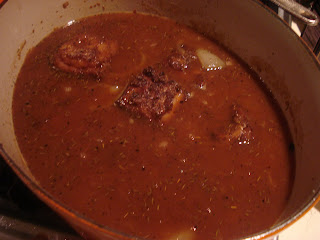 Lacking any fresh thyme, I added about a teaspoon of dried thyme.

I slapped on the top. 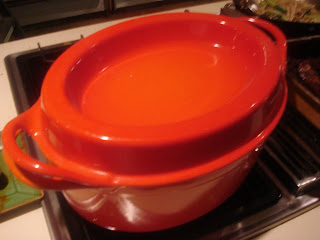 and then put everything in a 350 degree preheated oven for a nice two hour bath.

At the end of two hours, I retrieved the pot from the oven and opened it to find this. 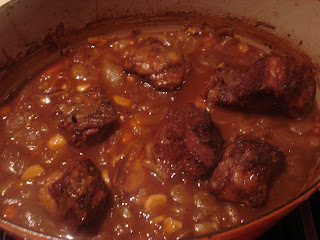 Looks can sometimes be deceiving, but not in this case. This dish is as rich as it looks.

The recipe actually calls for the short ribs to be taken out again in order to reduce the gravy, but a small sample revealed otherwise. 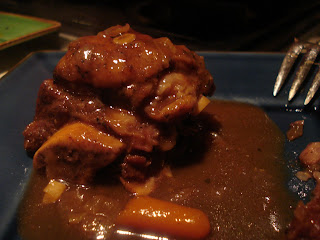 With meat that fell off the bone and an unctuous sauce that was thick yet silky, I saw little reason to condense it even more. 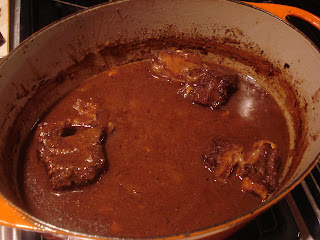 You can see how much the gravy reduced during its time in the oven. I can’t figure out why you would want anything thicker.

I love a precocious beginning, and I believe that these short ribs qualify as a precocious start for the Abita cookbook. I can’t wait to get a chance to try out some more of the recipes; my only problem might be sourcing the necessary beer. Even though I can be in Louisiana in 40 minutes, I can’t get all of the Abita beers in Jackson. Isn’t that the damnedest thing?