With the onslaught of the holiday season, my posting for the cynical cook has been put on the backburner. Luckily, with no more grand, holiday meals to cook or family to tend to, it’s time to get back to what I love, food.

After Thanksgiving, everything is a rush to Christmas; for me, the starting bell is Christmas cookies. I had my usual lot of cookies to sort through: 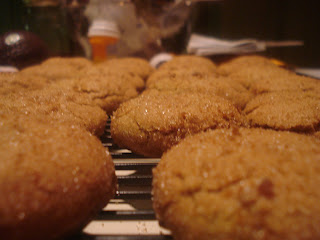 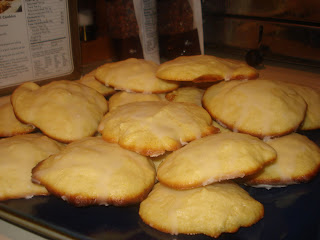 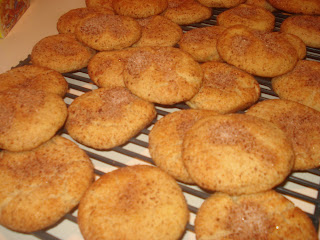 My photography isn’t as good as Katy, but I think I made a fine example of her cookies. These are delightfully simple to make and I love the smell the kitchen has when I grind cinnamon. 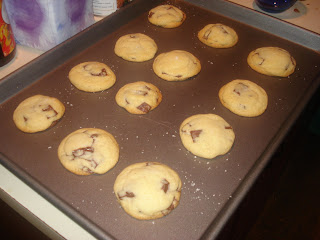 I was a little apprehensive about using a recipe without brown sugar and she does get mixed up in her wording, but the sea salt is a dynamite idea. These were especially good with scharffen berger bittersweet chocolate chunks

All standard cookies aside, there was one recipe that started the whole baking frenzy. Jennifer McLagan and her book Fat were featured on serious eats along with a recipe for bacon fat spice cookies. It was just such an odd idea, I bought the book immediately, and after joining the bacon club from Ted’s Butcher Block in Charleston, I went to work.

I had to start with some interesting bacon. 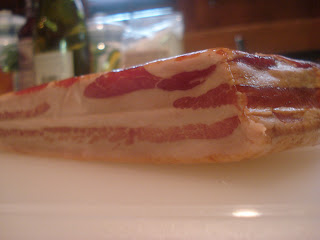 Ted recommended this slab of cured belly, as it was from the Kurabota heritage breed of pork. Even though the recipe called for the bacon to be cooked to a crisp, the ample fat of the bacon left me with plenty of grease after normal baking.

It’s basically a spice cookie recipe, complete with gingerbread, cinnamon, and cloves, until you add this. 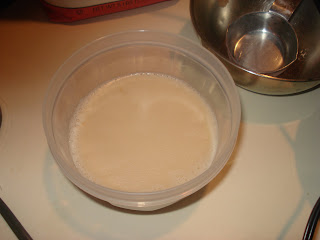 That’s half a cup of bacon grease in place of butter or oil. Everyone cringes at the idea until you get the final product. 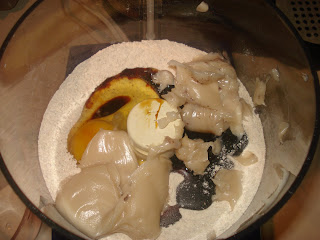 Just for good measure, a picture of the bacon grease and molasses in the processor.

After processing into loose dough, rolling into a ball, flattening with a fork, dusting with sugar, and baking, you arrive at this: a rather plain looking cookie. 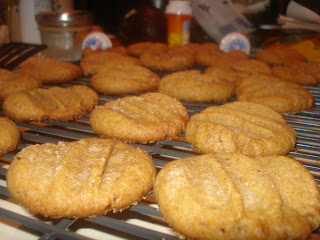 The first bite was ethereal, the heat of the fresh cookie had awakened all the spices. The heat has also brought out the full flavor of the bacon. It may have been the Kurabota bacon, but this flavor seemed to linger forever. 10 minutes later, I would still find myself savoring the flavors of cinnamon, ginger, and applewood bacon during the football game. In short, it was magic, but like all things magical, the repeat performance lacked the depth of flavor and sheer magnitude of the concept. Still, I highly recommend this recipe, if only to see the look on someone’s face when you tell them it was made with bacon fat.