If you’re on the hunt for authentic Greek food in Jackson, you’re pretty much out of luck. However, if you’re looking for gyros in a neighborhood setting, then Keifer’s is your answer. There’s nothing too spectacular about the food or the décor of Keifer’s. It really seems to be nothing more than an old home with a wraparound porch, but it all works to make a restaurant that everyone enjoys. 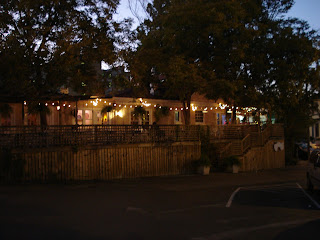 When you first walk in, you can’t miss the kitchen. 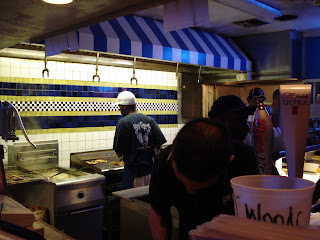 I’ve said it many times; it’s never a bad thing when a restaurant shows off their kitchen. The first thing that came out of the kitchen for me and my friends was a pita mozz. 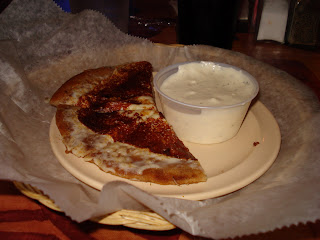 Like the restaurant, the pita mozz is as simple as it appears. It’s nothing more than a pita with mozzarella, toasted and served with feta dressing and a banana pepper, an example of the sum being more than the parts

As is the case with many restaurants in Jackson, I have my old standbys at Keifer’s, which means a gyro and cottage fries. 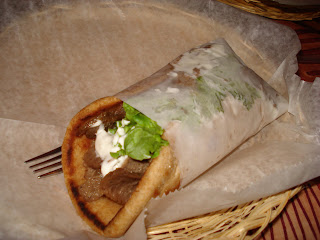 A whole wheat pita, gryo meat, tzaziki, and lettuce are all that makes up my gyro (I leave out the onions on mine). Now I have heard rumors that the gyro loaf used by Keifer’s is a pre made piece from Sysco, and that may be true. Regardless, it’s still a tasty little wrap. It’s like I said before, if you’re looking for authentic Greek, you’re sol. 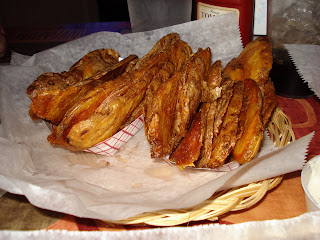 The aforementioned cottage fries, again simplicity is the key. Nothing more than an Idaho russet put through a slicer and fried, these cottage fries are a perfect complement to any plate from Keifer’s.


There isn’t any saganaki, no ouzo, and the falafel is ghastly, but Keifer’s is an inexpensive and tasty option. It won’t win awards for excellence in cuisine, but it has been and will continue to be the setting for many memorable meals.

Hey! I found your blog through Urbanspoon, and have been thoroughly enjoying reading all of your takes on Jackson cuisine.

Have you tried that Greek restaurant in the Maywood Mart parking lot? I don't remember the name, but the owner is Greek and it is supposed to be an authenic Greek restaurant. I only had a gyro there, so I am not sure about anything else.