100+ items, all you can eat, $7.95, these are the calling cards of Chinese food in Mississippi. With insipid food that champions quantity not quality, it’s a wonder that Chinese people have been in the state for more than 150 years. However, you can’t judge a book by its cover. Chinese restaurants here only serve that style of food because it is what Mississippians will eat.
Enter the Golden Dragon, a fixture in Jackson’s group of Chinese restaurants since the early 80’s. My family has followed the Lee family and their restaurant from the early days on State Street to Maywood Mart to their current location on highway 51 in Madison. Like the other Chinese restaurants in the area, the Lees do offer a buffet, but like any other Chinese buffet, I recommend avoiding it at all costs.
Instead, take out is our preferred method of enjoying the Golden Dragon, and last Saturday night seemed like the perfect time for Chinese food. My mom called in the order and I made my way into Madison to pick up our dinner.
Since we’ve been patrons for 20+ years, we know what we like, and this was a night for our favorites
. 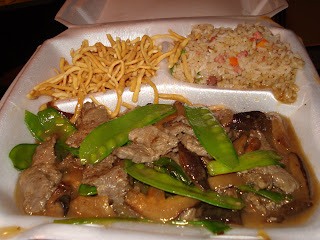 It seems like I’ve ordered this dish for as long as I can remember. There’s really not much to it, it’s simply sliced chuck with snow peas, black mushrooms, and green onions in a brown sauce, but beef and black mushrooms is my favorite dish from the Golden Dragon. I’ve tried for years to replicate it at home, with varying degrees of success, but when all else fails, I can just call Mr. Lee. 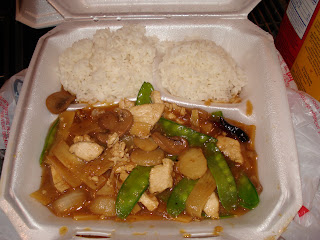 This is another classic dish of the Golden Dragon. Garlic chicken is also quite simplistic, but it has a nice heat to it due to the chilies you can see in the top right of the picture. 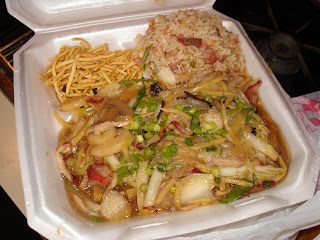 Sai wop duck really does seem to be one dish that is too busy for its own good. The duck flavor is a little obscured, and while it may not be an elegantly prepared Peking duck it’s still a winner in my book. 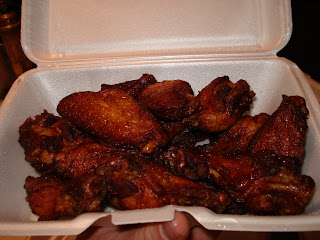 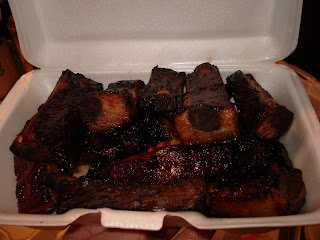 The beauty of ordering takeout is that everything is in a container and ready for the fridge when you’re done. We take that mentality to heart when we patronize the Golden Dragon, and a full array of appetizers is the result. The chicken wings are nicely roasted in a little soy sauce and the spare ribs are bathed in a delightful honey sauce. Unfortunately, the Golden Dragon was out of Kai Kai beef. I’ll have to save that for next time.

When you’re been patrons for as long as we have, you learn about the secret items, and the Lees are happy to make them for us. 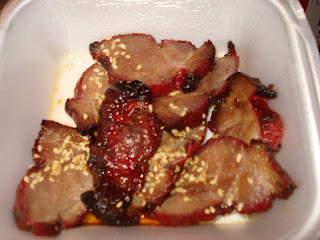 This is Mr. Lee’s take on char sui, Chinese roast pork. It doesn’t have the intense lacquer that you would see in a Chinese grocery, but it has a great flavor, and is well worth asking for. 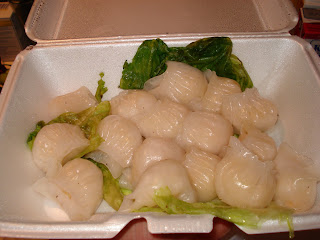 It really wouldn’t be a Chinese meal without some sort of dumpling, and the Lees are nice enough to make us har gao. These really are the best har gao in Mississippi. Granted there’s not much competition, but that’s not their fault.

Unless you’re on your way to Atlanta or Houston, you’re going to have a hard time finding better Chinese food in the South than the Golden Dragon. Sure, the dishes may seem a little pedestrian and dumbed down for Mississippi taste buds, but it’s a damn sight better than all you can eat slop at the King Buffet.

To see a review of dining in at the Golden Dragon, please click here